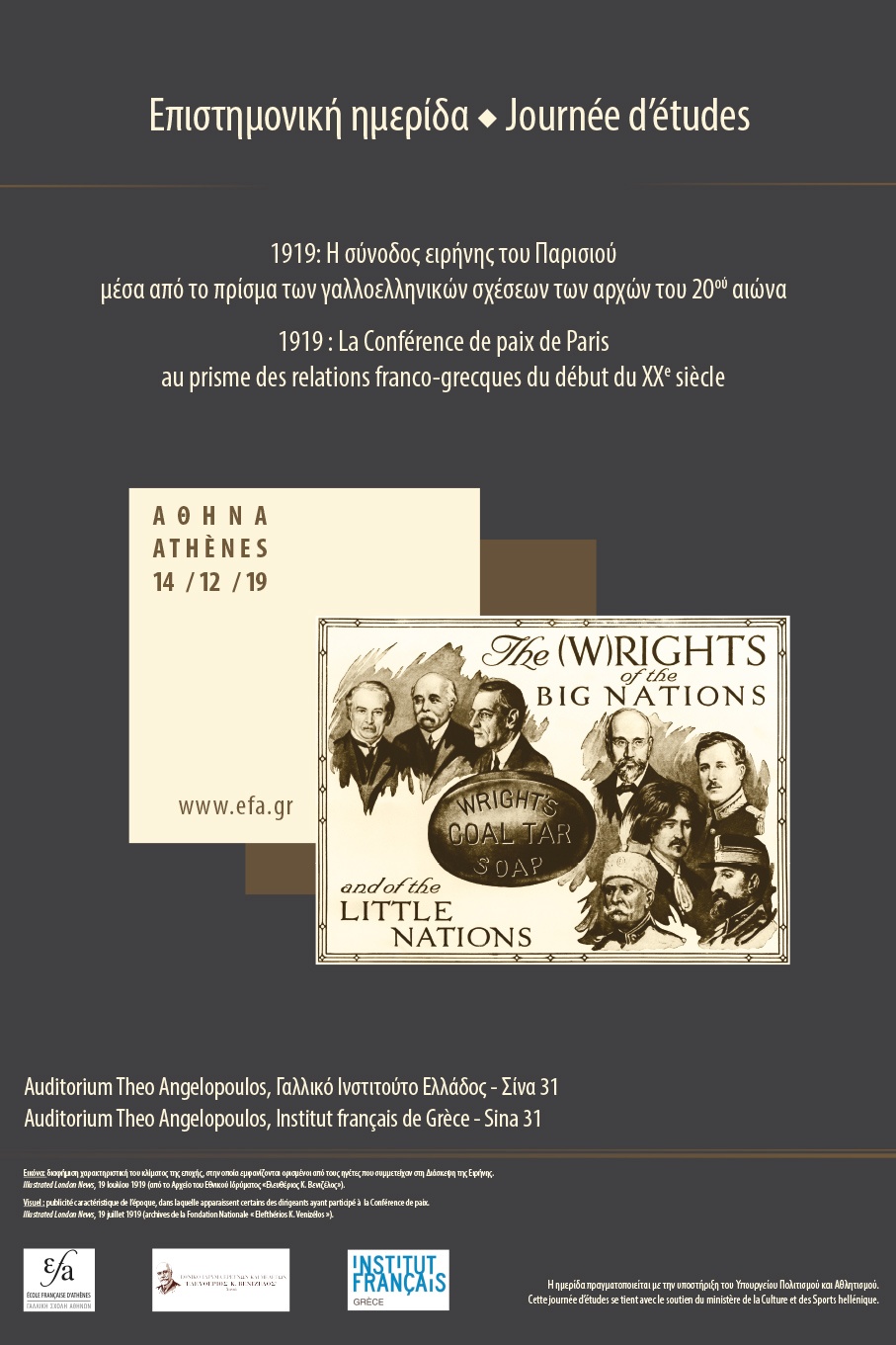 Posted at 14:25h in Conferences abstracts by venizelos_foundation

On Saturday, December 14, 2019, the National Research Foundation “Eleftherios K. Venizelos” and the French School at Athens, on the occasion of the 100th anniversary of the Paris Conference, co-organize in the Auditorium Theo Angelopoulos of the French Institute of Athens the scientific meeting “1919: The Paris Peace Conference in the light of French-Greek relations of the early 20th century.”
1919 was a decisive year for all mankind. The Paris Conference marked the end of World War I and created a new political landscape through the disintegration of the war. All the states involved in the war, the victors and the losers, had suffered its painful consequences, and in the face of the new conditions, states and societies were redefining their priorities.
The meeting, held by renowned scientists, will focus on exploring the course of French-Greek relations with particular emphasis on the first twenty years of the 20th century.