Meeting “The educational work of the Foundations of Parliamentary Prime Ministers and of the Hellenic Parliament Foundation for Parliamentarism and Democracy” (Athens, 27.11.2009). 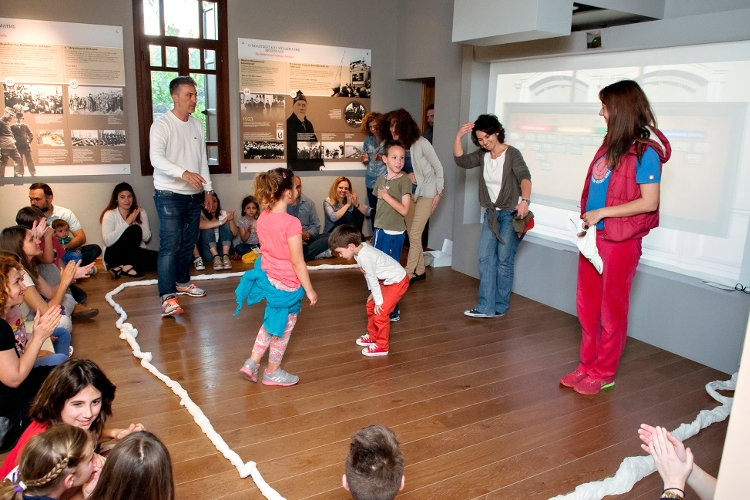 28 Mar Meeting “The educational work of the Foundations of Parliamentary Prime Ministers and of the Hellenic Parliament Foundation for Parliamentarism and Democracy” (Athens, 27.11.2009).

Posted at 12:14h in Conferences abstracts by venizelos_foundation

Following the initiative of the Hellenic Parliament Foundation for Parliamentarism and Democracy, the Prime Ministers’ Foundations continue their cooperation to coordinate their activities. It concerns the following Foundations:
– Konstantinos G. Karamanlis Foundation
– Andreas G. Papandreou Foundation
– Georgios Papandreou Cultural Foundation
– National Research Foundation “Eleftherios K. Venizelos”
– Konstantinos K. Mitsotakis Foundation
– Konstantinos Simitis Foundation.
The cooperation among these Foundations, which was established in November 2008 during a meeting held to present their work, and particularly their efforts to hoard, maintain, classify and publish their archives, has been carried on this year with a meeting held on Friday, November 27, 2009. This meeting dealt with the Foundations’ educational role. Representatives from the Foundations, but also from other bodies organizing educational programmes, presented their work and analyzed the content, structure and function of their programmes.
A discussion followed.
The meeting was carried out in the Senate Hall of the Parliament House.


Skip to content
We use cookies to ensure that we give you the best experience on our website. If you continue to use this site we will assume that you are happy with it.Accept