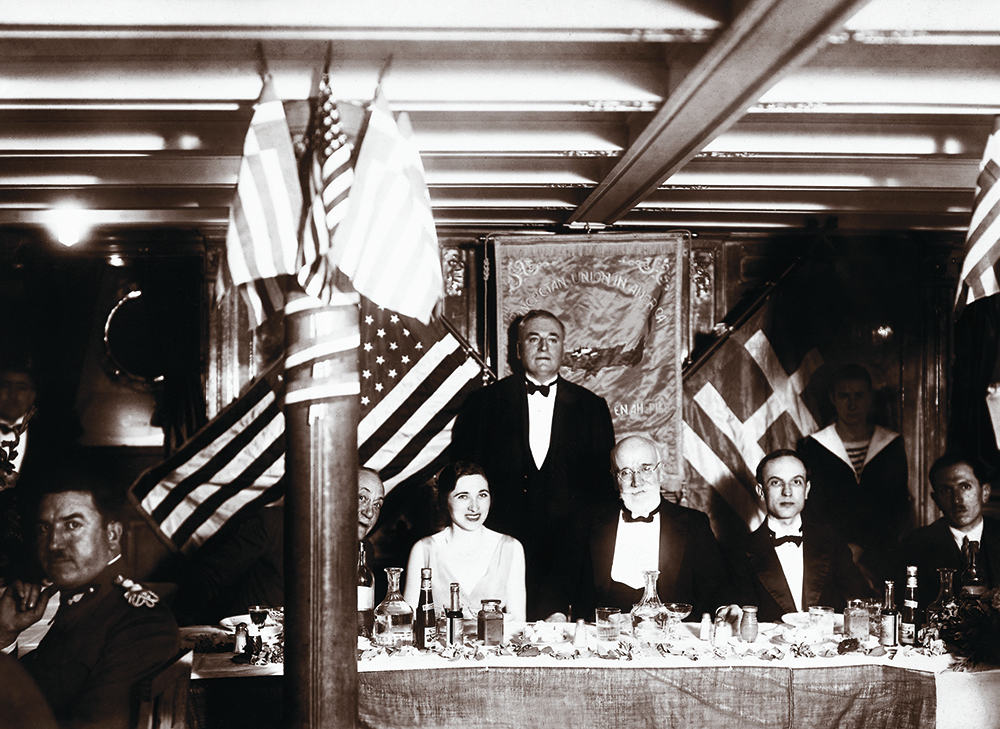 Posted at 11:30h in Conferences abstracts by venizelos_foundation

A meeting dedicated to the relationship of Eleftherios Venizelos with Greek-Americans and the USA was organised on August 30th, in Mournies, Hania. The conference was organised by the Foundation, the Municipality of Eleftherios Venizelos and the newspaper “National Herald” of New York.
The conference was organised on the occasion of the 90th anniversary of the foundation of the newspaper “National Herald” of New York, which was the venizelist newspaper of the USA of  wide circulation among the Greek-Americans. As it was pointed out by the publisher-manager of the “National Herald”, Antonis Diamataris “…it was founded in order to support Venizelos”.
The speakers were Antonis Diamataris, publisher-manager of the “National Herald”, on the topic “Eleftherios Venizelos and the National Herald”, Georgios Giannaris, Professor at the University of St. John in New York – writer, on the topic “Venizelos and Venizelism in America” and Andreas Gerolimatos, History Professor at the Department of Modern Greek Studies of the Simon Fraser University, on the topic “Eleftherios Venizelos visits Wilson in Paris”.
The conference closed with a rare documentary from the Foundation’s archive: the speech of Venizelos to the Greek-Americans of the USA in 1929.
The conference was attended by the Undersecretary of Public Order, Christos Markogiannakis as a government representative, the Undersecretary of the Ministry of Foreign Affairs in matters of emigrant Hellenism, Panagiotis Skandalakis, the former Prime Minister Konstantinos Mitsotakis, the MP and former Minister, Nikos Hristodoulakis, Canada’s Minister of Immigration, Maria Boudrogianni, the President of the Pancretan Association of America, Stavros Simantiris, many Greek-Americans and others.