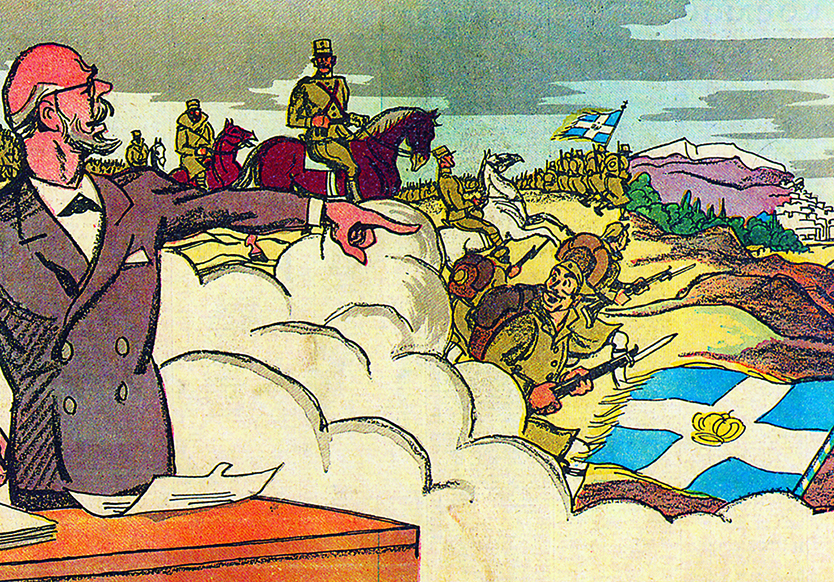 Posted at 10:54h in Conferences abstracts by venizelos_foundation

On the occasion of the 90th anniversary of the beginning of the Balkan Wars, a conference was organised by the Foundation and the Navy General Staff, on September 19th, 2002, at the battleship “Georgios Averof”.
The Minister of National Defense, Giannos Papantoniou, opened the conference.
The conference was organised under the auspices of the Ministry of National Defense and was realised with the support of the Pancretan Association of Athens.
The speakers were E. Gardika Katsiadaki, Historian, on the topic “The Navy during the Balkan Wars”, Jelina Harlafti, Assistant Professor of Maritime Studies at the University of Athens, on the topic “Merchant Navy contribution during the Balkan Wars”, G. Mavrogordatos, Political Sciences Professor at the University of Athens, on the topic “Territories and Populations” and N. Papadakis, CEO of the Foundation, on the topic “Eleftherios Venizelos: strategic choices, 1910-1914”.
During the conference, the album “Το θωρηκτό “Γ. Αβέρωφ” κατά τους Βαλκανικούς Πολέμους, 1912-1913″ (The battleship “G. Averof” during the Balkan Wars) by G. Haronitis, scientific associate of the Greek Literary and Historical Archive (ΕLΙΑ), was presented.
The album is a publication of the Foundation and the Greek Literary and Historical Archive, edited by E. Gardika Katsiadaki and G. Haronitis.
Conference Sponsor: OTE Group of Companies.